To have the optimal experience while using this site, you will need to update your browser. You may want to try one of the following alternatives:

Why was the Texas freeze such an unprecedented event? 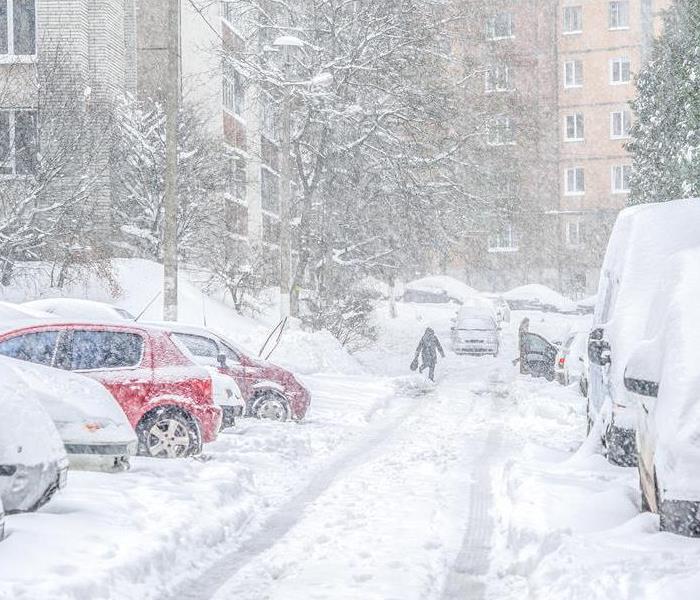 Here is a portion of an article reposted from Insurance Business America. Great job to SERVPRO!

“This really was an unprecedented event,” said Mike Stahl, CMO at SERVPRO, the largest restoration company in the United States. SERVPRO had hundreds of storm crews on the ground throughout Winter Storm Uri, meeting record-breaking demand from customers. Stahl commented: “In our 50-year history, Winter Storm Uri produced our number one volume day, as well as our number two, four, seven and 10 volume days. That’s a strong indication of just how significant this event was.”

The situation in Texas was unique because it was a winter storm coupled with a major power failure. The power outages aggravated the impacts of the deep freeze, causing a surge of burst pipe claims in several major Texas cities, including Houston and Dallas. Generally speaking, most homeowners’ insurance and standard commercial property policies will cover water damages caused by burst pipes – as long as they burst through sudden and unforeseen events, as was the case with Winter Storm Uri.

“This is another unprecedented factor about the Texas deep freeze event,” said Stahl. “It’s more of an insured event than some other catastrophic weather events. For example, when there’s a hurricane, there are often a lot of flood claims that are not covered by homeowners’ policies or commercial property policies. Insureds have to hold separate flood insurance policies to make those claims. But the vast majority of claims to come out of this event were frozen pipes bursting, which are generally covered in standard policies.”

Restoration companies like SERVPRO, and the insurance companies that they partner with, not only had to deal with record claims volume during Winter Storm Uri, but they also had to navigate additional challenges posed by the COVID-19 pandemic.

“When there’s a catastrophic storm event, restoration companies and the insurance industry have to bring in capacity from all over the country,” explained Stahl. “The local capacity is there to deal with a normal variation of volume or customer demand, but not the extreme variation that you get in catastrophic events.

“Bringing in extra capacity was challenging with the Texas deep freeze. Not only did we have COVID-related travel advisories, quarantine rules, and health and safety guidelines to follow, but we were also contending with the fact that the winter storm hit other areas of the country. Most nearby states - including Kansas, Missouri, Oklahoma, Tennessee – were covered in snow. They were already seeing excessive customer demand and had less capacity to send to Texas. A storm is always a capacity challenge relative to the demand.”